Canons, wolves, bunnies, clowns, confetti, a little dwarf dressed like one of the Blues Brothers, a guy on fire (WTF?!). These are just a few descriptors of the crazy yet simplistic shoot for Fozzys music video Judas. 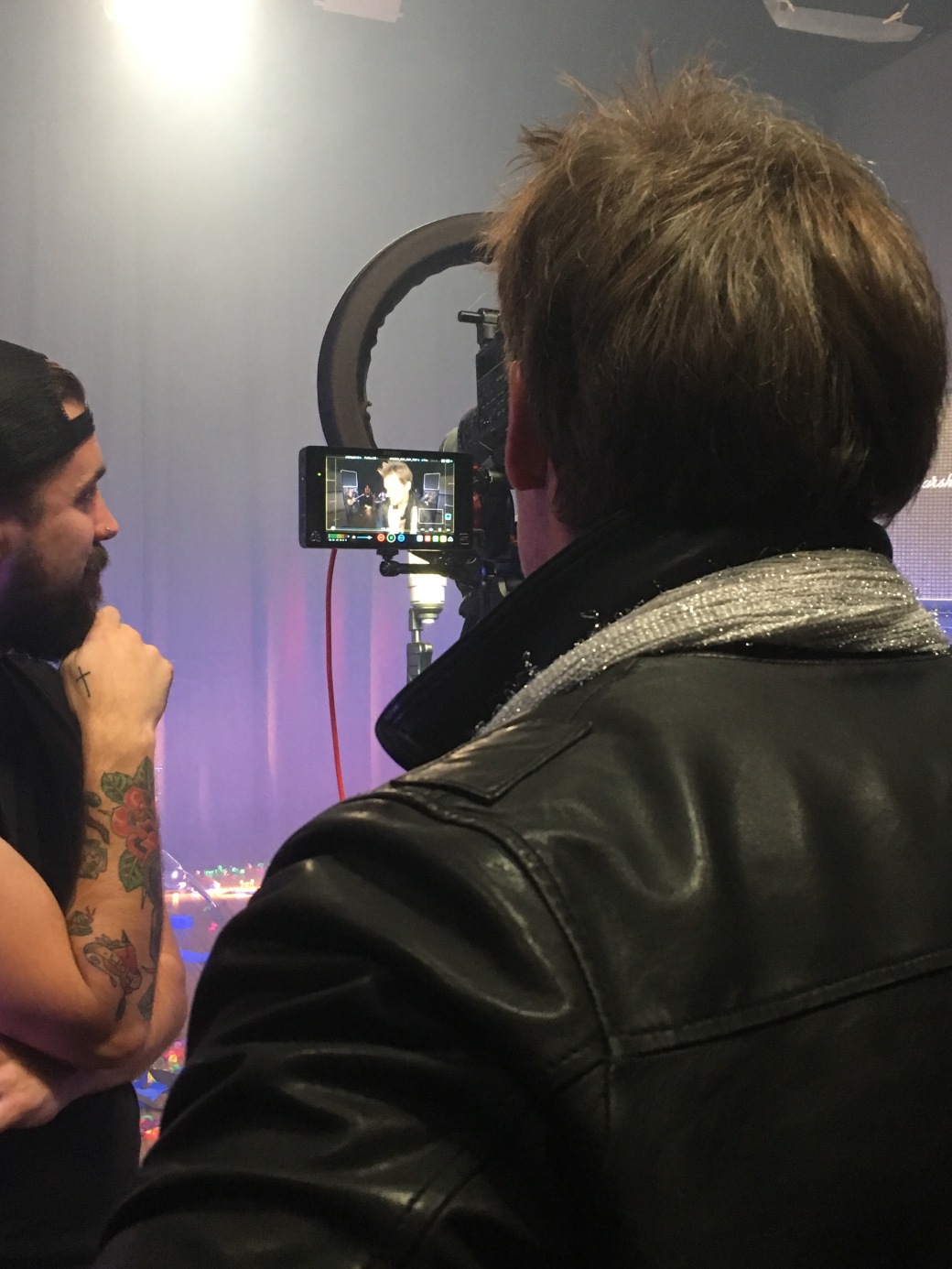 Nathan Mowery (director) and Chris Jericho reviewing one of the takes.
Welcome to the weird and wonderful world of the DDPYoga performance center, where much more than just DDPYoga happens! The center also turns into a studio where normally items for the DDPYoga Now app are filmed, but today it took on a different beast.

Nathan who works in the production department was directing the shoot, and invited Haydn and I to come along and watch. This was going to be quite exciting as I’ve never been on a music video shoot before and it was so lovely to be a part of.

Here is the link to the video Judas – it has had over 1 million YouTube views in its first week!

The concept was to have Chris Jericho the bands singer, in the center of the screen with a microphone being the main focus whilst a freaky circus scene takes place in the background. The beauty of this video is in Nathan’s execution of it as a director. The piece was deliberately filmed at half speed, with the band playing and singing along to the slow track, but their actions were normal. So once the video was at the songs original speed, the actions looked jittery and almost robotic /mechanical in places. It was to be shot in one whole take, so who knew how many run throughs there would be! 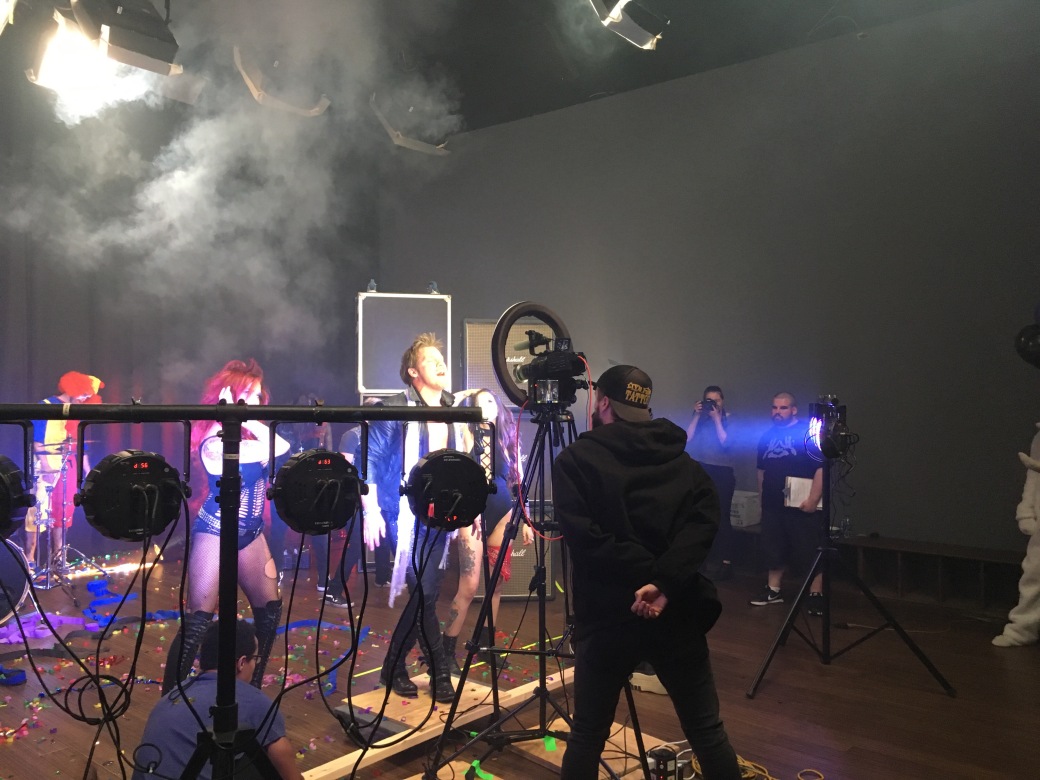 We had the pleasure of even getting hands on in the process – shooting confetti canons after the bridge section and throwing streamers afterwards. That was fun! Nathan was so calm and positive as a director, so everyone contributing felt great around him. It was such a great atmosphere. The band were so friendly and down to earth, it was so nice to chat to them about all sorts of things.

In one of the takes that didn’t make the final cut, Frank the drummer was unfortunately laden with streamers all over him and the kit, before you ask neither haydn or I were responsible for that – for a start I can’t throw that far! I think there were 3 takes in total, and as you can see in the video  The Making of Judas, there was a lot more going on behind the scenes. You can even spot me ready to fire my confetti canon!